END_OF_DOCUMENT_TOKEN_TO_BE_REPLACED

Countries are fighting Big Pharma while the pharmaceutical companies are, at the same time, battling each other over patents. END_OF_DOCUMENT_TOKEN_TO_BE_REPLACED 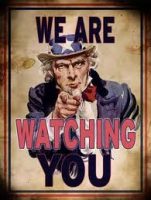 From online companies tracking users’ digital footprints to the trend for more and more data to be stored on cloud servers, Internet privacy seems like a thing of the past — if it ever existed at all. RFE/RL (Radio Free Europe/Radio Liberty) correspondent Deana Kjuka recently spoke about these issues with online security analyst Bruce Schneier, author of the book “Liars and Outliers: Enabling the Trust Society Needs to Survive.”  END_OF_DOCUMENT_TOKEN_TO_BE_REPLACED 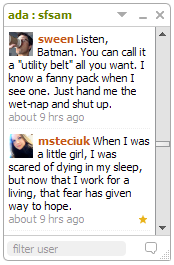 Twitter is more than just a micro-blogging services. It has grown into a massive messaging social network supported by a myriad of apps thanks to the open source attitude by founders Jack Dorsey and Biz Stone. The viral buzz is a result of its ease of use and connectivity across many media platforms. Forget texting your vote to X-Factor or other interactive TV shows – soon you’ll just twitter your vote (or opinion).

The twitter pay-off line is “What are you doing?” but the emphasis is on “stay connected.” And one of the best little desktop apps to stay connected with via twitter is the ADA by madan.org. It runs on Windows, using Adobe Air.

Ada is little because it is a small program that loads fast and is simply super-easy to use but it is big on speed; proper click-and-go in every sense.