Countries are fighting Big Pharma while the pharmaceutical companies are, at the same time, battling each other over patents. END_OF_DOCUMENT_TOKEN_TO_BE_REPLACED 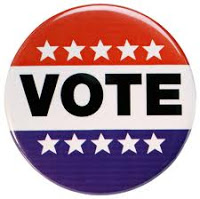 “The only constant is change.” Thankfully. And no more so than in American elections, known for its wide swings between the left and right. It is, of course, a common trend in almost any two-party system.

When Greek philosopher Heraclitus wrote – at around 500 BC – that famous line about change he could not have had the 2010 US Mid Term elections in mind but explaining change as “cold things warm up, hot things cool down” certainly sums up political moods. You are guaranteed to hear “We’ve come to take our government back!” every two years. And that would have pleased Thomas Jefferson, who insisted that “Every generation needs a new revolution.” A revolution every two years should be even better, one presumes.

END_OF_DOCUMENT_TOKEN_TO_BE_REPLACED

The second live television debate by the leaders of three leading UK political parties turned out even more interesting than most US presidential TV debates. The UK debate format is more free in flow, thus appears less rehearsed and with less closing theatrics.

In the first debate (April 15), Nick Clegg of the Liberal Democratic Party beat the pants off David Cameron (Conservative Party) and Prime Minister Gordon Brown (Labour Party) by a country mile. The second debate (April 22) was a closer call, with initial newspaper polls giving Clegg the thumbs up but putting Brown strong on detail. The independent YouGov poll declared Cameron the winner, much to media’s surprise, as I could tell from their live blogging.

END_OF_DOCUMENT_TOKEN_TO_BE_REPLACED

Finally earth is hotting up

After a rather coolish season, earth is finally hotting up again. Nothing to do with the temperature. We’re talking about exciting human happenings. And therefor lots of names.

> Great American Le Mans Series racing: Patrón Highcroft Racing team David Brabham and Simon Pagenaud pipped the Aston Martin Racing team Harold Primat and Adrian Fernandez to the post by a breathtaking 0.353 seconds at Long Beach in a race that was run at a hot pace throughout.