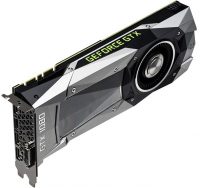 What made nVidia so big and profitable? Being a step ahead of the competition for most of the time and more than often scooping the title of “World’s fastest graphics card.” END_OF_DOCUMENT_TOKEN_TO_BE_REPLACED

Specialised computer software components to improve the security, speed and scale of data processing in cloud computing are being developed by a University of Cambridge spin-out company. The company, Unikernel Systems, which was formed by staff and postdoctoral researchers at the University Computer Laboratory, has recently been acquired by San-Francisco based software company Docker Inc. END_OF_DOCUMENT_TOKEN_TO_BE_REPLACED 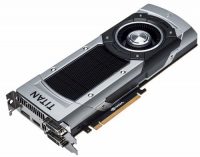 Gamers with the deepest pockets will gloat that the Titan Black not only incorporates the impressive features of the GTX780 Ti but even betters it with 3GB extra GDDR5 VRAM. Even if/when the 6GB version of the GTX780 Ti is launched, the double precision floating point compute capability of the Titan Black will top the charts in 4k gaming.  END_OF_DOCUMENT_TOKEN_TO_BE_REPLACED 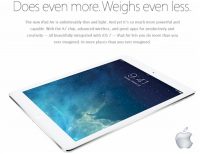 The cellular technology on the Wi-Fi + Cellular model – which weighs a mere 9 grams (0.05lb) more – is as you would expect from Apple:  END_OF_DOCUMENT_TOKEN_TO_BE_REPLACED

You are not the only greedy gamer smitten by this gaming motherboard by Gigabyte. It was Tom’s Hardware’s choice of Best of Computex Award, received the Computex 2013 Design and Innovation award, the Gold Award from GameZoom, and was best overclocker for Reviewnet and a host of other geeks.  END_OF_DOCUMENT_TOKEN_TO_BE_REPLACED

Fortunately, the prices of electronic goods such as television sets, cell phones and computer items have come down as demand increased and the cost of manufacturing dropped (relatively). END_OF_DOCUMENT_TOKEN_TO_BE_REPLACED

Nintendo introduced new games for their Wii U and 3DS. Microsoft announced that there will be 13 games exclusively for the Xbox One. EA broke the news on 11 new-generation games for both the Xbox One and PS4.  END_OF_DOCUMENT_TOKEN_TO_BE_REPLACED

The 25-year-old law student seemed to have thrown out all the rules and achieved what many had dreamt of and what some did not dare dream about. In the process, he has, for better or for worse, created a new global industry.  END_OF_DOCUMENT_TOKEN_TO_BE_REPLACED

At the heart of this desirable gaming gadget are two fully equipped Tahiti XT2 GPUs, each core with 4.3 billion transistors. So, that gives you 8.6 billion transistors, with 4096 Stream processors, delivering 8.2 terraflops of processing power.  END_OF_DOCUMENT_TOKEN_TO_BE_REPLACED 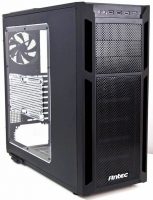 Ardent gamers are big spenders. They want the latest, fastest CPU and GPU and enough memory and hard drive space to fight a war with. Which is exactly what happens once they move in behind the keyboard.  END_OF_DOCUMENT_TOKEN_TO_BE_REPLACED