The Tanzanian authorities have struck a major blow against elephant poaching and ivory smuggling by arresting one of the country’s most infamous alleged ivory traffickers, according a press release by the WWF.

Regarded as the ‘queen of ivory’, Yang Feng Glan has been charged with smuggling and trafficking 706 ivory tusks weighing almost 1.9 tonnes over a 14-year period. END_OF_DOCUMENT_TOKEN_TO_BE_REPLACED

Something beautiful for today 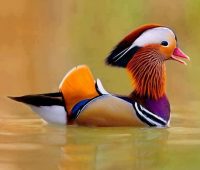 Spend just a moment a day to stand still and have a good look around you. There are so many amazing things in life. Anything from great gadgets and stunning architecture to ever-intriguing animals.

Spend a moment whatever the weather. Snowing right now? No two snowflakes are alike (due to the estimated 10 quintillion water molecules which make up a snowflake). Even so, as they say, if you’re looking for it, you’ll find it. Look for something nice today. Something beautiful.

You can even google for something beautiful. Think about anything – just add the word “beautiful.” Such as beautiful car, beautiful house or beautiful animal.  END_OF_DOCUMENT_TOKEN_TO_BE_REPLACED

Eat all the calamari you can 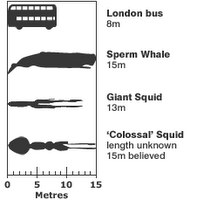 Go large. Go very, very large. Ask for the biggest portion of squid ever. If it is on any menu it will most likely be listed by its Italian name, calamari. You can even be fancy about it and call it by it’s Latin name: Mesonychoteuthis hamiltoni. Otherwise known as colossal squid. You’ll never ever get hungry again.

And here’s the reason why…  END_OF_DOCUMENT_TOKEN_TO_BE_REPLACED 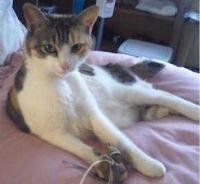 Cats and women seem to have so much in common. Cats walk on their toes. A cat will spend nearly 30% of her life grooming herself. Once in your house, everything that’s yours also belongs to the cat. Felinity and femininity are deeply intertwined. END_OF_DOCUMENT_TOKEN_TO_BE_REPLACED

Think of motorcycle adventure riding and a picture of a dual-sport bike thundering loudly in the dust along a lonely gravel highway might come to mind. But browse around popular adventure bike forums and you’ll notice the riders’ passion for wildlife and animals in general. These guys ride not just for fun but also to get closer to the “life out there”… and to embrace it. END_OF_DOCUMENT_TOKEN_TO_BE_REPLACED

I just can’t help myself but she is so cute! And so thinks some 200 000 other people because they all became friends with Heidi the cross-eyed opossum on her very own Facebook page. Heidi the opossum also is a YouTube sensation. Obviously.

Originally from North Carolina, Heidi now lives at the Leipzig zoo in Germany. They have all the details and some really cute pictures of Heidi.

And, would you believe it, Heidi also has a squint sister, Naira. She’s cute too. END_OF_DOCUMENT_TOKEN_TO_BE_REPLACED

Leopard vs crocodile by Hal Brindley

Animal lover and wildlife photographer Hal Brindley‘s typical day at the office consists of hanging out with lions and leopards in Africa, lazing out with polar bears in the tundra, strolling through jungles. Not your average guy. As he says, “No house, no job, pretty freakin’ sweat.” And he has the photographs to prove it! In fact, some of the best wildlife photography available. Thanks for sharing it, Hal! END_OF_DOCUMENT_TOKEN_TO_BE_REPLACED 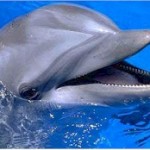 Dolphins look like they always smile. So do some frogs. Or ask any pet owners and they’ll confirm that their pets smile. Isn’t it true that you sometimes look at a dog or cat and it gives you the impression that it smiles? Whatever the weather!

Pet owners spend as much on pets as they do on home entertainment, some $40 billion a year in the USA alone. And most would agree that it is worth every penny. Because pets really do not ask much in return. True friends for life. END_OF_DOCUMENT_TOKEN_TO_BE_REPLACED

The loss of any life is sad. Also when “animal trainers” lose their lives in their line of work. But it is their “line of work” that is often more hotly debated than when they are killed, accidentally or not, by the animals they “work with.”

There is no doubt that SeaWorld trainer Dawn Brancheau cared deeply about the orcas she worked with for so many years. It shocked most people when she died when she was grabbed by the waist and pulled into the pool by Tilly the orca. It was not the first time a person was killed by an orca. And it did not surprise animal welfare organizations such as PETA (People for the Ethical Treatment of Animals). They have long warned about keeping wild animals in confined spaces. To quote them: that pool is like trying to swim in a bathtub for an orca, a 12,000 pound wild animal used to the open ocean where it interacts with other orcas. END_OF_DOCUMENT_TOKEN_TO_BE_REPLACED

No whiners and wimps need apply

The most precious phrase nowadays is, “I have a job.” Did you lose yours? Don’t sit around. Make yourself handy. Join a group with whom you can see the world and meet interesting people (and animals) … without having to kill them.