The idea the world is sleepwalking to war, much like Europe did in the early years of the 20th century, deserves to be taken seriously. One of us (Chris Barrie) set the hares running recently when he said that, as in 1914, political leaders today are doing just that. END_OF_DOCUMENT_TOKEN_TO_BE_REPLACED 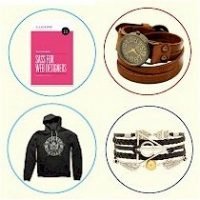 Operating an online shop is hard work. To get products moving you’ll have to do a bit better than competing stores. Especially in the marketing department.

You’ll have to throw some money at Adwords, Facebook ads and the many other advertising platforms. You’ll also have to invest a lot of time in marketing on social network. But with little time on hand, on which social networks should you invest most of your time? The answer might surprise you. END_OF_DOCUMENT_TOKEN_TO_BE_REPLACED

We knew about the KTM 1090 Adventure R long before its arrival but did not know how it will arrive. And arrive with spectacular specifications it did.

It’s not, as was expected, a toned-down 1190 or bumped-up 1050. No, the new KTM 1090 Adventure R – albeit it still with 1050 cc in stock – is, in the big adventure bike segment, the one to beat. Especially considering its aggressive price point. END_OF_DOCUMENT_TOKEN_TO_BE_REPLACED

The USS Carter Hall, an amphibious dock landing ship, exited the Black Sea on March 22 after taking part in the exercises, Spring Storm 2017. U.S. or NATO exercises in the Black Sea have become fairly dog-bites-man news – and NATO has promised to conduct them even more frequently – but these are novel in that they are practicing an explicitly offensive scenario. END_OF_DOCUMENT_TOKEN_TO_BE_REPLACED

Alice laughed: “There’s no use trying,” she said; “one can’t believe impossible things.”
“I daresay you haven’t had much practice,” said the Queen. “When I was younger, I always did it for half an hour a day. Why, sometimes I’ve believed as many as six impossible things before breakfast.”

The Car of the Year (COTY) choices made by the different magazines and organizations are always interesting. This year, 2016, the results were as surprising as the outcome of United States presidential elections if only that the odds on the predictions were long.

There are many different classes for which awards were made, included Small Cars, Electric Cars, Executive Cars, Sports cars, MPVs and SUVs. But here we’ll look at Car of the Year, usually chosen on top of the classes.

END_OF_DOCUMENT_TOKEN_TO_BE_REPLACED

Trump vs May vs Farage vs Dorrach

The vibrancy of the 2016 US presidential elections continues to reverberate across the planet. Elected liberals still can’t make head or tails of the results while conservatives are claiming the dawn of a new age in politics.

At stake are the billions of dollars the United States annually contribute to a variety of international causes and actions. Who has bitten the hand that will be holding the feed in the near future? END_OF_DOCUMENT_TOKEN_TO_BE_REPLACED

“The people have spoken. The bastards!”

That might sound like a quote from Hilary Clinton on the news that she lost the race to the White House to Donald Trump. But it was someone else who said that.

The race did not start and did not end well for Clinton. And while the mainstream media editorials and polls had her leading almost up to the end it is now clear that their methods were askew. They should have listened to William Faulkner’s advice: “In writing, you must kill all your darlings.” END_OF_DOCUMENT_TOKEN_TO_BE_REPLACED

This is fantastic material for conspiracist.

After losing WWII, the Japanese devised a cunning long-term plan to destroy their old enemy, the Allies. Over decades they crafted cute little cars and pickups that crept into the hearts of the Americans and Europeans. The Toyota Camry and Corolla, Hondas and Nissans have consistently featured well in the rankings of top car sales charts.

With the unsuspecting Americans and Europeans tightly enclosed behind the locked doors of their cute little imports the Empire struck back. END_OF_DOCUMENT_TOKEN_TO_BE_REPLACED

An appointment with the Justice Minister

Here’s the plan: you dress up like an Arab, fly to Israel, throw a bag of instant popping popcorn at a Jew, get bashed up immediately, get thrown in jail… and then you make your move.

Considering the treatment you would have received and with clearly visible scars you insist on pleading your case privately with the Justice Minister in her chambers. There you can feast your eyes. END_OF_DOCUMENT_TOKEN_TO_BE_REPLACED