Cats and women seem to have so much in common. Cats walk on their toes. A cat will spend nearly 30% of her life grooming herself. Once in your house, everything that’s yours also belongs to the cat. Felinity and femininity are deeply intertwined. END_OF_DOCUMENT_TOKEN_TO_BE_REPLACED

Why the world needs oil

Our beautiful planet works like a timeless machine. All the gears and pulleys are well-oiled to keep us circling around the sunny sun almost forever. But, as for a car engine, when the oil dries up the gears will seize. 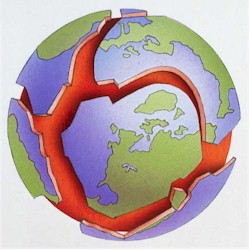 When too much oil is taken out of the earth the tectonic plates start grinding each other and cause earthquakes – which lead to tsunamis and other extreme conditions – and volcanoes to erupt. Eventually the whole system can seize and explode.

And that will be the end of football and beer and Christmas. Which is why the world needs oil to stay in the ground.

It worked! The Libor rate is fixed, big boy!

It is not quite an Eureka moment like the 99.999% discovery of the Higgs boson-like particle. But when the bankers discovered that colluding on fixing the Libor rate can bring them huge profits, they emailed each other: “… please keep it to yourself otherwise it won’t work.”

They did keep it to themselves and robbed the public of billions of dollars. It worked! But only for a few years. They have been caught out and the heads are rolling, Bob Diamond of Barclays being the first (of many, most likely) to walk the plank.  END_OF_DOCUMENT_TOKEN_TO_BE_REPLACED

We understand the concept of the housing bubble very well: sell houses at inflated prices, launch the bubble, and you end up owning the houses AND you still have people who owe you money for those houses they do not have. You can sell the houses later when the market recovers (and the people will still be paying on the houses they do not have). In the meantime, while the FED interest rate is at zero, borrow even more money so you can lend it back to people later at a nice high rate. END_OF_DOCUMENT_TOKEN_TO_BE_REPLACED

One thousand dollars in a second

If at first you don’t succeed

Smoking is “a custom loathsome to the eye, hateful to the nose, harmful to the brain, dangerous to the lungs, and in the black, stinking fume thereof nearest resembling the horrible Stygian fume of the pit that is bottomless.”

“There they go again!” you might say, “Just another modern-day anti-smoking lobbyist.” Alas, those were the words of King James VI in 1604. END_OF_DOCUMENT_TOKEN_TO_BE_REPLACED 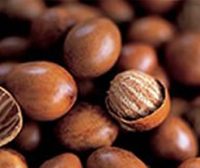 Coffee-infused nougat in a bed of chocolate. Sounds great. Tastes great. Had one the other day and really enjoyed it. Then, wondering how they got to this wonderful taste, I had a look at the ingredients as per the label.

Ain’t gonna bore you with all the good stuff – and junk – they put in these chocolate bars but one particular ingredient caught the attention: shea oil. END_OF_DOCUMENT_TOKEN_TO_BE_REPLACED

Where the magic happens 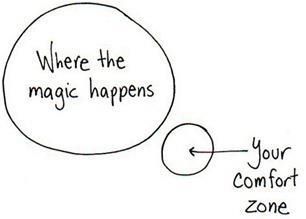 “Opportunity does not knock, it presents itself when you beat down the door.” – Kyle Chandler

“You can’t wait for inspiration. You have to go after it with a club.” – Jack London

“You can’t build a reputation on what you are going to do.” – Henry Ford

Trust you had a great holiday season and a memorable new year’s eve. And, mostly, that you will have a fantastic 2012.

What does 2012 hold in store? Only the prophets know. Or, to quote Peter Drucker, “”The best way to predict the future is to create it.” Whichever, always be prepared. As W.C. Fields put it:

Looking back over the past few decades some years will stand out for the technological advances, others for perhaps war or politics or mishaps. 2011 was the year of people: the Arab Spring, the Occupy movement, the London riots, and remembering great personalities.

While the woes of the economic crash continues, with those bankers who caused it still waddling in what they gained from others’ pain, in 2011 citizens started fighting back, tackling the scoundrels in the streets, the media and the courts. END_OF_DOCUMENT_TOKEN_TO_BE_REPLACED