Years ago Apple took Microsoft to court over infringement of interface design aspects. Apple did not win the case but their cool, modern layouts won the hearts of people. Still, the bulky, boring Microsoft clinched the numbers – albeit in methods wrapped in controversy.

Once Microsoft owned the desktop, the battle of the browsers was won too. That is until years later when Google’s Chrome raced to the top of the charts. But Microsoft never take things lying down and their new Windows 8 and Internet Explorer 10 browser look… well, much more like Apple designs than ever.  END_OF_DOCUMENT_TOKEN_TO_BE_REPLACED

The party went well. Lots of fun. Lots of drinks. Lots of laughter and hugging. Your friend uploads the party photo. Everyone on it is a bit red-eyed, lipstick smeared, some unknown characters in the background showing signs. You chuckle, click Like and post a comment.  END_OF_DOCUMENT_TOKEN_TO_BE_REPLACED 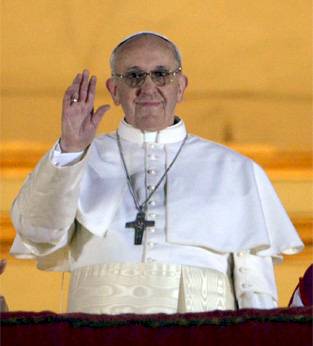 There are few elections that draw as much international attention as for a new Supreme Pontiff of the Roman Catholic Church. Television coverage of the latest papal selection was on par – if not better – than any other major election. The networks brought out all the bells and whistles, literately covering every possible angle.

With so many TV stations covering the event live over a number of hours, one could channel surf at leisure to find the best reporting. So, who had the best coverage of the selection of Pope Francis?  END_OF_DOCUMENT_TOKEN_TO_BE_REPLACED

Let’s be honest, Facebook search sucks. Always has. But now that they’ve introduced their new search engine, Graph Search, they promise you will find what you’re looking for. Time will tell.

What you can be sure of for now is that their arch rival, Google, is having a very close look at developments. After all, Facebook has more than 1 billion users, stores more than 240 billion photographs and has more than a trillion connections.  END_OF_DOCUMENT_TOKEN_TO_BE_REPLACED

Keira and the Ducati

Even standing still, Keira Knightley is immensely sexy. Strap her into a tight bodysuit, let her loose on a classic Ducati 750 SuperSport and you’ll forget that there’s something strange going on in the economy or that elsewhere people are at war. 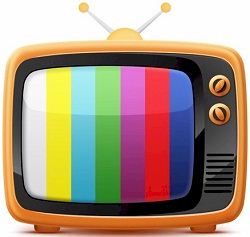 Despite the ongoing financial gloom during 2012 there were many funny TV ads to lighten the moment. As usual, the beer companies brought out the guy funnies for their Super Bowl ads while every big business from supermarket conglomerates to struggling car manufacturers drew on their deep coffers and best efforts to bring a smile to potential customers.

But 2012’s best TV ad addressed a serious issue without a big budget, without special fx, without famous stars, without joking about it – and it addressed the matter effectively:  END_OF_DOCUMENT_TOKEN_TO_BE_REPLACED

The Facebook stock price today is $26. The initial public offering priced the stock priced at $38 but on the morning of the opening on May 18 the price went up to $42, closing back at $38 by end of day’s trading. Since the IPO, the stock has dropped as low as $25, more than 30% from the initial offering.

Since Facebook has gone public it has been a target for short sellers who have dropped the value by $27 billion, a quarter sliced off its initial $104 billion value. Ouch!  END_OF_DOCUMENT_TOKEN_TO_BE_REPLACED

Half of newspapers is rubbish and half is good stuff. Which half is rubbish and which is good is entirely up to your perspective. Or, perhaps, as Shakespeare said, “Nothing is wrong until you think it is.”

Finding either half in newspapers archives is easy thanks to the Google Newspaper Archive Search. Very handy. Features newspapers published as way back as 1790. Pretty awesome.