A new study conducted in collaboration with Facebook using anonymised data from the social networking site shows a correlation between people’s social and financial status, and the levels of internationalism in their friendship networks – with those from higher social classes around the world having fewer friends outside of their own country.

Despite the fact that, arguably, people from higher social classes should be better positioned to travel and meet people from different countries, researchers found that, when it comes to friendship networks, people from those groups had lower levels of internationalism and made more friends domestically than abroad.

Researchers say that their results are in line with what’s known as the ‘restricting social class’ hypothesis: that high-social class individuals have greater resources, and therefore depend less on others – with the wealthy tending to be less socially engaged, particularly with those from groups other than their own, as a result.

The research team, from the Prosociality and Well-Being Lab in the University of Cambridge’s Department of Psychology, conducted two studies – one local and one global, with the global study using a dataset of billions of Facebook friendships – and the results from both supported the idea of restricting social class.

However, the researchers say the fact that those of lower social status tend to have more international connections demonstrates how low-social class people “may actually stand to benefit most from a highly international and globalised social world.” 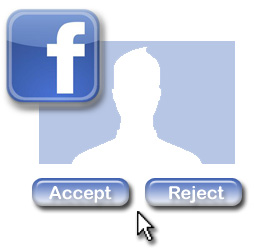 “The findings point to the possibility that the wealthy stay more in their own social bubble, but this is unlikely to be ultimately beneficial. If you are not engaging internationally then you will miss out on that international resource – that flow of new ideas and information,” said co-author Dr Aleksandr Spectre, who heads up the lab.

“The results could also be highlighting a mechanism of how the modern era might facilitate a closing of the inequality gap, as those from lower social classes take advantage of platforms like Facebook to increase their social capital beyond national borders,” he said.

For the first study, the ‘local’, the team recruited 857 people in the United States and asked them to self-report their perceived social status (from working to upper class on a numerical scale), as well as an objective indicator in the form of annual household income. The volunteers also provided researchers access to their Facebook networks.

For the second study, the ‘global’, the team approached Facebook directly, who provided data on every friendship formed over the network in every country in the world at the national aggregate level for 2011. All data was anonymous. The dataset included over 57 billion friendships.

The research team quantified social class on a national level based on each country’s economic standing by using gross domestic product (GDP) per capita data for 2011 as published by the World Bank.

After controlling for as many variables as they were able, the researchers again found a negative correlation between social class – this time on a national level – and the percentage of Facebook friends from other countries. For people from low-social class countries, 35% of their friendships on average were international, compared to 28% average in high-social class countries.

The findings from the two studies provide support for the restricting social class hypothesis on both a local and a global level, say the researchers. The results are contained in a new paper, published in the journal Personality and Individual Differences.

“Previous research by others has highlighted the value of developing weak ties to people in distant social circles, because they offer access to resources not likely to be found in one’s immediate circle. I find it encouraging that low-social class people tend to have greater access to these resources on account of having more international friendships,” said co-author Maurice Yearwood.

“From a methodological perspective, this combination of micro and macro starts to build a very interesting initial story. These are just correlations at the moment, but it’s a fascinating start for this type of research going forward,” Yearwood said.

Spectre says that the high levels of Facebook usage and sheer size of the network makes it a “pretty good proxy for your social environment”. “The vast majority of Facebook friendships are ones where people have met in person and engaged with each other, a lot of the properties you find in Facebook friendship networks will strongly mirror everyday life,” he said.

“We are entering an era with big data and social media where we can start to ask really big questions and gain answers to them in a way we just couldn’t do before. I think this research is a good example of that, I don’t know how we could even have attempted this work 10 years ago,” Spectre said.

The latest work is the first output of ongoing research collaborations between Spectre’s lab in Cambridge and Facebook, a company he commends for its “scientific spirit”.  “Having the opportunity to work with companies like Facebook, Twitter, Microsoft and Google should be something that’s hugely exciting to the academic community,” he said.

Article licensed under a Creative Commons Attribution 4.0 International License. First published by the University of Cambridge in September 2015. See the original article.