Featuring Yamaha’s brand-new 850cc transverse three-cylinder Crossplane engine, it is not only the new technology that is exciting but the fact that, after a recession-driven hiatus, the motorcycle industry is on the move again. BMW launched the semi-watercooled R1200GS, KTM introduced the mighty 1190, and Suzuki, Indian, Victory and others have new machines in the making. 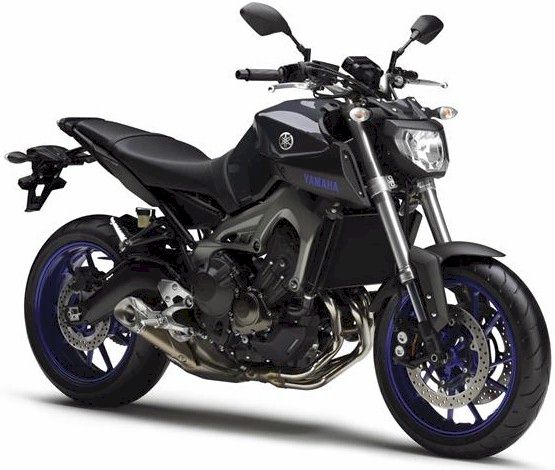 Lightweight engine with “remarkable levels of linear torque” and a chassis that is “compact and slim.” Plus that monocross rear suspension with horizontal shock. For a while there have been rumours of a 900 Ténéré – certainly, the XT850Z Ténéré can’t be far off!

The Yamaha XT660Z has been selling well in the markets where it is available (just about all but the United States, sadly). Its Marinelli mill matches the toughness of the legendary Rotax 650 found in the BMW Dakar, X-Challenge and X-Country. You’ll find a number of RTW RRs (Round-the-World Ride Reports) featuring the XT660Z Ténéré.

In the big adventure bike class, the XT1200Z Super Ténéré has made its mark. The Super Ten – or “S10” – enjoys a keen following all over the world and while it is not yet as popular as the BMW R1200GS Adventure as a world crosser, there are many ride reports of it successfully taken two-up and fully loaded through challenging conditions.

So, Yamaha is well represented in the 650 adventure class and in the big adventure bike class. They also have the small adv market covered with the popular WR250R. The only bike missing in the lineup thus far was something to take on the BMW F800GS and Triumph 800XC. It is almost unimaginable that a gravel road map has not been drawn for the 850 triple. 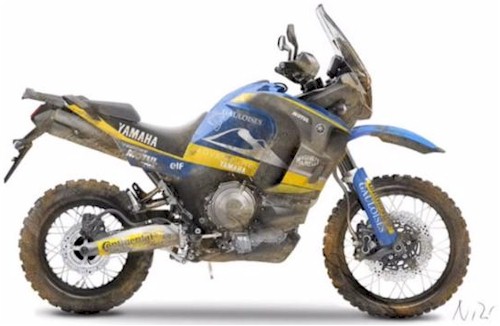 Here is something interesting: among adv riders the phrase “dark side” or “going over to the dark side” refers to moving from another brand to getting a KTM. Did Yamaha make a marketing blunder with their MT-09 campaign or was it meant to be a direct attack on the Mattighofen domain? The gloves are off, it seems. They’re going to the mattresses.

In the meanwhile, if going naked wets your appetite, getting a leg over the MT-09 should satisfy your deepest desires.