Is the Jones Act a help or hindrance in confronting China?

If China is assumed to be a grave geopolitical threat, is the 100-year-old Jones Act an asset? If the United States and China are on a collision course – be it a Cold War-style confrontation or worse – does the Jones Act leave the United States better prepared or at a disadvantage?

The Jones Act of 1920, introduced by Senator Wesley Jones, is a federal law that regulates maritime commerce in the United States, requiring goods shipped between U.S. ports to be transported on ships that are built, owned, and operated by United States citizens or permanent residents.

END_OF_DOCUMENT_TOKEN_TO_BE_REPLACED

There were some interesting choices for the Car of the Year awards for the 2019/2020 season.

Motor Trend, who coined the phrase Car of the Year (COTY) way back in 1949, named the exciting Chevrolet Corvette C8 as their 2020 winner, calling it “a mid-engine masterpiece.”

Good choice! Since its introduction in 1953 with the C1 model, the Corvette has consistently been one of the coolest muscle cars on the road.

END_OF_DOCUMENT_TOKEN_TO_BE_REPLACED

Health organizations advise that people keep a 6 feet distance between them during the coronavirus pandemic: “either 6 feet away or 6 feet under.”

There are many far-away open roads out there. Getting on your motorcycle would be ideal.

There are a bunch of great cruiser or touring motorcycles that will suit the need: Harley-Davidson Road Glide, Indian Roadmaster, Yamaha Star Venture, Honda Gold Wing, BMW K1600GT or R1250RT.

END_OF_DOCUMENT_TOKEN_TO_BE_REPLACED

After a controversial split draw of their first match in December 2018, professional boxing heavyweights Deontay Wilder and Tyson Fury faced each other again on February 22, 2020.

Wilder had held the WBA belt since 2015 and boasted a 98% knockout rate with 20 knockouts in the first round.

Fury held the unified WBA (Super), IBF, WBO, IBO, Ring and lineal titles after defeating long-reigning champion Wladimir Klitschko in 2015 but after a bout of depression and alleged cocaine abuse relinquished the titles in 2016, returning to the ring in June 2018.

END_OF_DOCUMENT_TOKEN_TO_BE_REPLACED

Details from the KTM press release –

The new KTM 390 ADVENTURE has harnessed the attributes and DNA from the popular and highly rated KTM 790 ADVENTURE as well as the development information gleaned from nearly two decades of Dakar Rally success.

A breezy, agile, and ideal entry model for riders keen to discover the ‘adventure’ sensation, this motorcycle offers added versatility for touring and light offroading.

END_OF_DOCUMENT_TOKEN_TO_BE_REPLACED

The Canelo Álvarez vs Gennady Golovkin purse paled against that of The Money Fight between Floyd Mayweather and Connor McGregor but the match did not.

While the Mayweather vs McGregor match turned out to be a circus on August 26, 2017, on September 16, Canelo and GGG returned glory to the boxing ring by delivering one of the best superfights in modern boxing history.

On the night, two of the greatest boxers of our time boxed in style, gave their all and earned every penny.

END_OF_DOCUMENT_TOKEN_TO_BE_REPLACED

Does pot make you dumb? Probably a tiny bit. 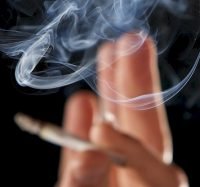 For years, the image of the silly, spaced-out stoner seemed to embody marijuana use in popular culture. But with new, relaxed marijuana policies becoming law in many states, the picture is changing. High-functioning executives, government officials and even grandparents are openly discussing smoking pot.